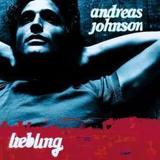 Rediscovered
It Don't Mean a Thing
Route 66
Do You Wanna Dance
Smile
Glorious (Big Band)
Night and Day
Can't Take My Eyes Off You
Night Stood Still
Waterloo
Sign Your Name
Girl in Love
Mr Johnson, Your Room Is on Fire
Fools Like Us
Show Me Love
Sunshine of Mine
Caravan
Life Is
How Big Is America
Drop in the Ocean
Not Afraid
Exit NY
What If
Nobody Told Me (Such a Fool)
Still My World
Deadly Happy
Shine
End of the World
Waterfall
The Greatest Day
Brand New Thing
Spirit of You
Great Undying Love
Deadly Happy
The Pretty Ones
This Time
Make Me Beautiful
My Love (Song for a Butterfly)
Starcrossed
Liebling
Partition de Glorious pour violin, electric guitar, ensemble, drums and bass