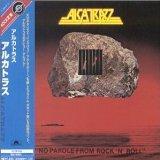 Island in the Sun

Too Young to Die, Too Drunk to Live