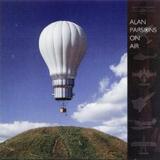 Brother Up in Heaven 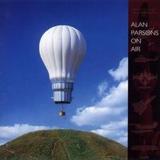 Blown by the Wind 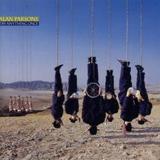 Wine from the Water 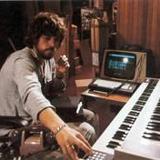 A Valid Path
Return to Tunguska
More Lost Without You
Mammagamma 04
We Play the Game
Tijuaniac
L'Arc en Ciel
A Recurring Dream Within a Dream
You Can Run
Chomolungma
Excalibur
The King of Swords
Excalibur
Magic
A Long, Long Time Ago
Back Again
Stop
On the Run
Dreams Can Come True (Now It's Up to You)
Goodbye
People Shall Be Free
Time to Change
Part of Me, Part of You
Every Dream Will Have Its Day
The Time Machine
The Time Machine, Part 1
Temporalia
Out of the Blue
Call Up
Ignorance Is Bliss
Rubber Universe
The Call of the Wild
No Future in the Past
Press Rewind
The Very Last Time
Far Ago and Long Away
The Time Machine, Part 2
On Air
Partition de Blue Blue Sky pour drums, acoustic guitar, contrabass, cello, violin, clarinet and voice

One Day to Fly
Blue Blue Sky
Try Anything Once
The Three of Me
Turn It Up
Partition de Wine from the Water pour bass, acoustic guitar, electric guitar, drums, cello, piano and ensemble

Back Against the Wall
Re-Jigue
Oh Life (There Must Be More)
Freudiana
The Nirvana Principle
Freudiana
I Am a Mirror
Little Hans
Dora
Funny You Should Say That
You're on Your Own
Far Away From Home
Let Yourself Go
Beyond the Pleasure Principle
The Ring
Sects Therapy
No One Can Love You Better Than Me
Don't Let the Moment Pass
Upper Me
Freudiana (instrumental)
Destiny
There but for the Grace of God
Freudiana
Freudiana
Funny You Say That
Nirvana Principle (instrumental)
Freudiana (single edit)
Others
The Technical Divide
Partition de Freudiana pour bass, acoustic guitar, electric guitar, xylophone, effects, tenor, violin, piano and ensemble