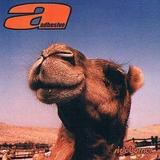 We Got the Beat
Happy End Guarantee
It Ain't Right
At the End of the Day
Uphill Struggle
Pressure Point
Let It Come Down
Here They Come Again
Edvin
Safe Realitiy
...Before We Smash the State...
Don't Turn Away
Coming in From the Cold
Ode to the Champions
A Better Me
The Everyday Limbo
Terms of Living
From Left to Right
All in the Name of Progress
Prefab Life
Doubtful
It's Not About Me
Your Morality Is Broken
Phone in Sick
Character-Builder
Your World of Noones
Silence Itself Is a Form of Oppression
How Am I Supposed to Envy You?
Dividing Lines
Accident Waiting to Happen
A Job for Real Men
Punk Is a Bunch of Kids With Funny Haircuts
Pridebowl / Adhesive
Five Points to Stardom
Brainwashing School
Capitol Hill
Character-Builder
Athem
Heads, You Lose, Tails
Prefab Life
Prefab Life
A Job for Real Men
Odd
The Possibility of Lifes Destruction
On a Pedestal
On a Pedestal
All for Nothing
The Crowd
Run to the Hills
Sideburner
Nothing Is Won
A Thousand Times
Bubble Burst
Partition de On a Pedestal pour electric guitar, effects, bass, drums and clarinet