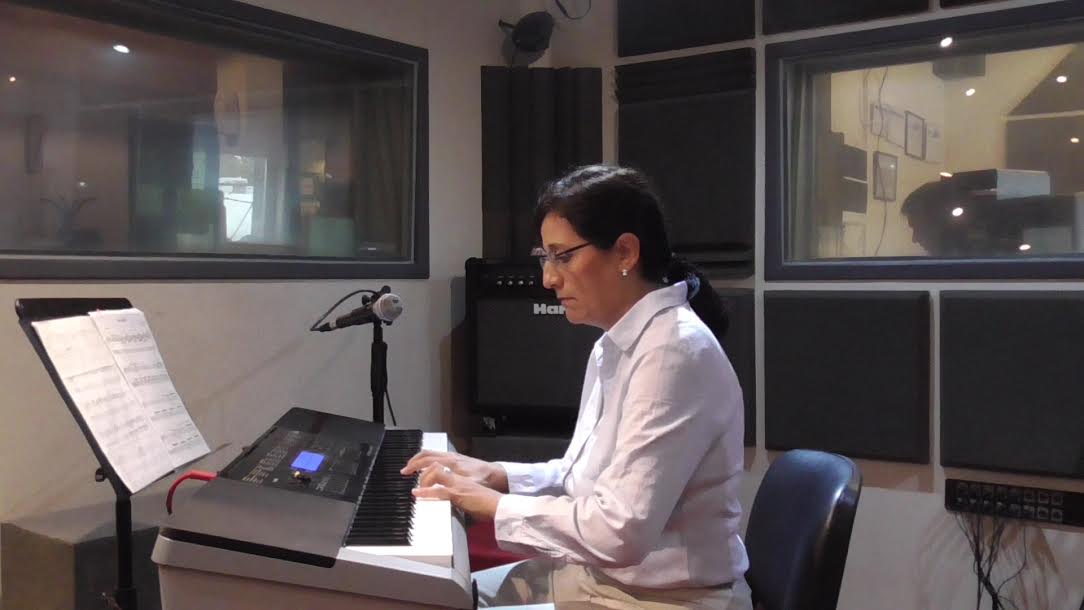 Mariangeles Di Paola is a musician based in Argentina, with a passion for folk music. It is her aim to revitalise traditional Argentine music and bring it firmly into the present.

At the beginning of our conversation, there are a few minor misunderstandings (my Spanish is not what it used to be), but Mariangeles remains patient with me. At first, she seems shy. Reluctant to talk for too long about herself, but when we move the conversation on to music, in particular Argentine music, her face lights up and she seems as if she could talk about it for days. I could probably listen to it for days too. Her love of music was originally inspired by musicians like Gustavo Leguizamon and Andres Chazerreta.

Mariangeles is primarily a pianist, specialising in traditional folklore music, but she is also currently trying to strengthen her singing ability as she would like to use her voice more in the future with her work.

You can download Mariangeles’ sheet music here. She has written sheet music for many classical songs including Schubert’s Ave Maria, Mendelssohn’s Wedding March and Händel’s Hallelujah From The Messiah.

One of her pieces is La Cumparsita – an old Uruguayan tango, composed by Gerado Matos Rodríguez. It’s a very popular tune, particularly for dancing.

Another of her pieces – La Arenosa- is a Cueca, a folk genre found in Argentina and Chile. The song was created by two artists from Salta – a Northern province of Argentina. The composer, Gustavo “Cuchi” Leguizamón, is well known for trying different kinds of harmonies in his works. While not completely traditional, his work is another great example of folk music!

As she tells me about these pieces, a huge grin forms on her face. She is clearly very passionate about her music. A passion I can’t help but share with her. I leave our conversation with a handful of recommendations of artists whose work I should explore, including:

She also speaks in depth about the origins of tango music!

“I never eat too much before a performance,” she tells me, “I like to go to a quiet room before my performance in order to get into the right headspace.”

You can download the piano sheet music for Ave Maria here.

Also, check out her great cover of the Argentine National Anthem and her interpretation of a traditional Uruguayan folk song – Pericón Nacional.

With musicians like Mariangeles, Argentine folk music surely has a bright future.