In Conversation with Yuri Matsuura

“Thank you,” she says humbly, reluctant to accept praise.

I have just complimented musician, teacher and composer, Yuri Matsuura on her recent success at the Creative Composers Competition. One of countless awards and prizes she has received over the course of her 10-year career.

A career which started in a most unusual way. Like countless prodigies, Yuri started when she was only three. She used to play classical music. By all accounts she was talented enough, but something was missing. She could have probably continued playing classical music all her life…until tragedy struck. That is to say, she quit.

“I wasn’t interested in classical music. So between 13 and 18 I didn’t touch a piano.”

When she turned 18, however, she was faced with a decision: to continue her academic studies at the university of Tokyo, one of the most prestigious universities in the world, or to take a chance on music despite the six year hiatus.

➤ Check out Yuri’s wonderful arrangement of Let It Go from Disney’s Frozen.

“I wanted to study music again so I didn’t go to [the University of] Tokyo. I studied jazz music for four years by myself.”

I imagine the look of skepticism on a parent’s face when told their child wishes to pursue music rather than study at university, but Yuri assures me this was not the case with her parents.

“They believed in me. They supported me.” 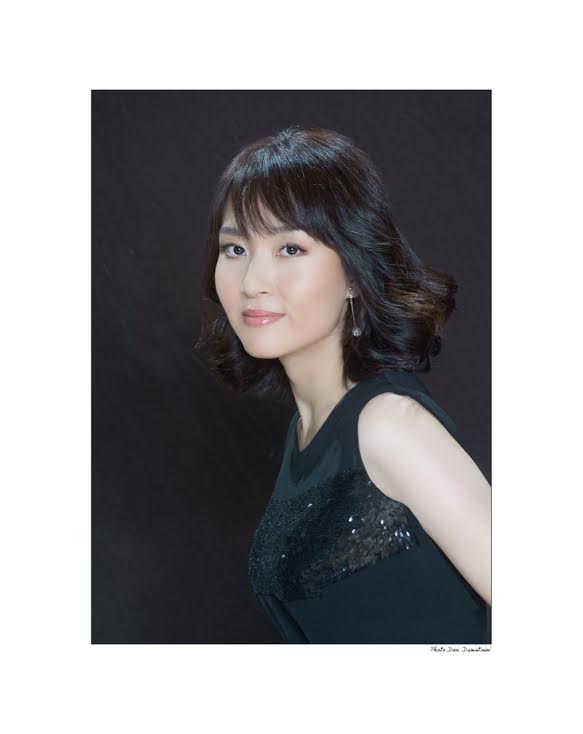 Her love of music was fostered from an early age by her jazz-loving parents, who owned a jazz bar in her hometown of Toyama. In fact, it was her father, jazz guitarist and composer Tommy Matsuura, who aided her learning, particularly with music theory and harmony. The two would later record an album, Roots, that would be released in the summer of 2008.

Four years of hard work finally paid off when Yuri Matsuura was accepted into the Berklee college of music, which proved to be a jarring, but invigorating change from her previous studies.

➤ Check out our advice on how to ace your conservatoire audition.

“I studied compositions and orchestration at Berklee. I had a really great experience there! The teaching style in America is very different from the teaching style in Japan, though. (In America) they don’t correct your mistakes. They leave you to correct them. There’s more freedom.”

It was at Berklee, that Yuri met fellow musician (and Jellynote cofounder) Sylvain Streiff. They entered at the same time and shared the same classes.

Our conversation temporarily becomes a coffee morning meeting as we briefly discuss Sylvain, what he was like as a student and, of course, his hair, before we quickly return to the subject of Yuri’s musical career.

➤ Download the piano sheet music for Part of Your World arranged by Yuri.

While most creatives find themselves somewhat aimless and unemployed after their studies, this was not the case for Yuri, who quickly found success after graduating with a degree in professional music from Berklee in May 2012.

She would play in her parents’ jazz bar every night, which in turn opened doors for her. She began booking gigs at parties and concerts, becoming more and more well-known.

And yet, throughout this success, she has stayed humble.

“It’s tough booking gigs. Some of my friends are really suffering because there are too many musicians in Tokyo, and so, not many opportunities to play. It’s hard for musicians everywhere to survive. I’m so lucky.”

Perhaps the most interesting aspect of Yuri is not where she’s been, but rather where’s she’s going…and what she’s doing there. Seven years into her professional music career, she began teaching. This was not an intentional decision, though. It started when she was contacted after one of her performances, and asked to give lessons.

Currently, most of her students are adults who played the piano as a child and are keen to start learning again. There was one student, however, aged 10, who posed a challenge to Yuri. Her mother contacted Yuri after one of her concerts. The student had been practicing for a competition but didn’t know any music theory.

“She was very interested in playing jazz but certain parts were too difficult for her to play because her hands are so small. So I arranged a piece with easier voicing that still sounded jazzy for her.”

Yuri Matsuura, on how she started writing arrangements of jazz pieces for small hands

As such, Yuri began to rearrange pieces of music to make them easier for children to play.

➤ Check out Yuri’s version of the piano sheet music for I Got Rhythm.

Of course, teaching younger students can pose other issues as well…

“My student is curious about everything! Her concentration is on and off…”

When asked if she’s developed any techniques to deal with her student’s lapses in concentration, she sheepishly replies “I’m still working on it…”

It’s difficult to describe Yuri’s style of music. Her latest composition sounds like a blend between a classical orchestra and a jazz piano. Sometimes classical, sometimes jazz, always entertaining, and never too complicated.

She is wary to preserve her Japanese culture, which she describes as “simple, but very powerful.” Part of her pride in her cultural heritage comes from her admiration for her music inspirations, one of whom is Joe Hisaishi, the composer of the studio Ghibli film, “Spirited Away.”

➤ Find all the sheet music of Joe Hisaishi songs on Jellynote.

“He’s my idol,” her eyes shine when she says this.

Yuri Matsuura has had an unusual amount of success, both in her teaching and as a professional musician, but perhaps what makes her most stand out is her relationship with music:

“Some people say that playing music is expressing themselves. I don’t think so. I don’t like people who are always talking about themselves,” I remain guiltily silent as she says this…

“It’s not expressing yourself,” she continues, “you are just a filter. You need to express the song. And the meaning behind it.”

Want to get to know our other musicians?

Check out our interviews with Oleg Maximov -the man transcribing all your favorite songs, Steve Journé -the conductor of the “Monster Orchestra” and Jonathan Dimond -a guy who wants us all to “unplug”.