In Conversation with Oriol López Calle

To celebrate our partnership with My Sheet Music Transcriptions, we sat down with its founder, Oriol López Calle, to discuss the company and how he got into the business. At just 27, Oriol already boasts a pretty impressive resume: CEO of two companies, with years of business experience and an aerospace engineering degree under his belt. Read on to learn more about him and his tricks of the trade…

By 16, Oriol was already working as a professional transcriber and arranger, having set up his own website. The idea behind this came from the response he experienced to his YouTube channel, where he would upload some of his compositions and improvisations. By his own admission, they were “pretty bad”, but his subscribers wanted to play them. And so, he decided he would transcribe the scores for their enjoyment. And just like that, My Sheet Music Transcriptions was born.

He recalls dedicating all his free time to the site, completing requests from people all over the world. Though instead of pursuing arranging or transcribing at higher education, Oriol ultimately ended up studying engineering, his family encouraging him to find a back-up plan in case music didn’t work out. Though, graduating at 22, Oriol knew he wouldn’t be using this degree: “I’m a mathematics nerd. I love science. I had a blast doing the aerospace engineering thing. I finished it but I knew I didn’t want to pursue it. I’m not interested in it anymore. I’m all about music.” During his degree, Oriol used this time to establish My Sheet Music Transcriptions as a reliable and professional service. We talk about the timeline of the business, though Oriol’s memory is a little shaky. “I’m a really bad founder,” he jests, “I don’t know what year this whole thing began…everything happened so quickly.” It’s worth pointing out that the website underwent a series of names and make-overs before Oriol eventually settled on My Sheet Music Transcriptions. 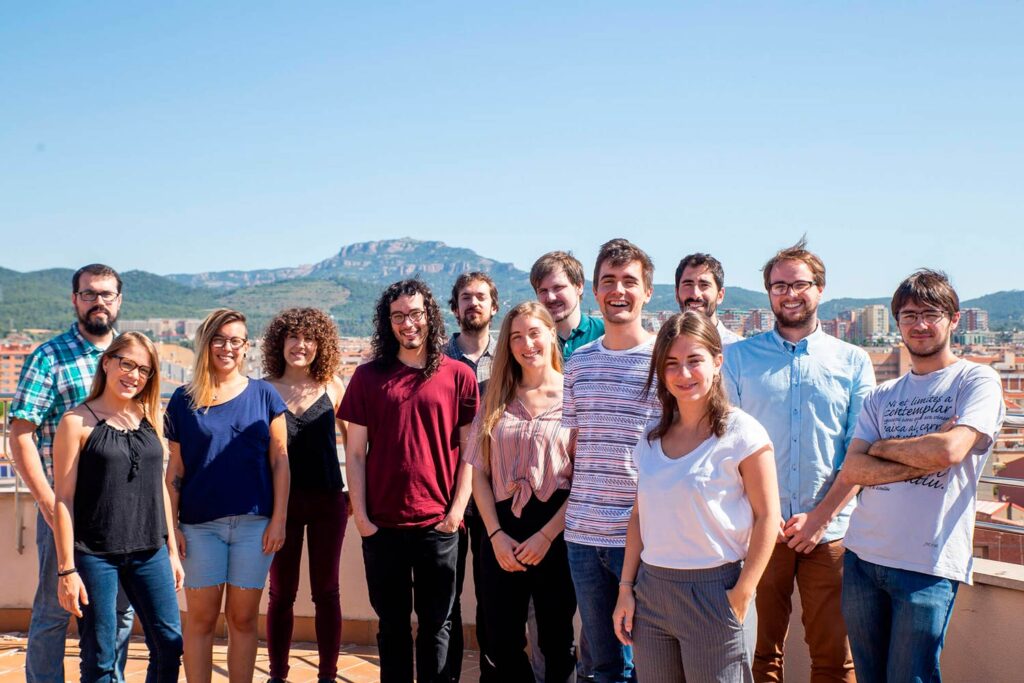 The team at MSMT

The One Important Thing To Succeed In Business

Coming from a musical background, Oriol didn’t exactly know much about starting a business. “I didn’t have the skills for it,” he admits, “I was a classically trained musician and an engineer, so I had no business knowledge at all.” And yet, he managed to build a highly successful business. What’s his secret? “I found there was a demand on the market. People asked me for transcriptions and I was able to satisfy their needs.” He was able to fill the gaps in his knowledge, teaching himself how to take care of a company, how to navigate taxes, how to build a business, etc on the job.

My Sheet Music Transcriptions has grown a lot since its inaugural days. What was once a small office of three, has become a team of 30 musicians based all over the globe: Barcelona, New York, Sydney and London. It’s quite an impressive feat; a true co-operative of likeminded artists. Even before COVID, most of the musicians worked from home, the daily routine of a transcriber not exactly fitting in with a regular 9 to 5. Though most of the customer service team were based in the office, which contributed to a really collaborative feel. Oriol does envisage a day when the company may have a large workspace, where the team could jam together on a variety of instruments, sharing a creative vibe. “Maybe one day,” he says, “that would be really cool.”

Ensuring Every Customer is Satisfied

Talking to Oriol, I get the impression that client care is of upmost importance to his business. “It’s our top priority”, he insists, “we might not be the cheapest transcription service around because you can always hire a freelancer to do it for you. But we really, really, really make sure that the customer is happy after the transcription has been sent.” And it shows. Out of the site’s 525 reviews, 521 are five stars. Reviewers from all over the world praise the service’s reliability and high standard. A recent review left by one user reads: “I can’t praise enough the great, prompt service and high quality I experienced this week with My Sheet Music Transcriptions!!!” He praises the company’s response to his request, “prompt, but also human, not generic.” It speaks volumes about the business’ high standard of customer care. Oriol’s policy is that he is happy to do revisions to the scores until his customer is completely satisfied. Likewise, if he misses a deadline, he offers a full refund. “We’re super honest,” he says, “maybe too much sometimes. People don’t abuse it, but they could. It’s crucial for us to be nice, to be cool, and be really customer care oriented.” Ultimately, this is what sets My Sheet Music Transcriptions apart from other services. With a customer service team consisting of five full-time members of staff, there’s always someone available to lend a helping hand.

➤ Is there a song you’ve been dying to play but for which you can’t find the sheet music? Get a free quote from My Sheet Music Transcriptions and receive your custom score request within 48 hours. Jellynote customers benefit from a special rate! Go to their website

How Covid Has Affected his Work

It’s a relief, Oriol tells me, to have a steady business during COVID. While many musicians have been put out of work, the beauty of a transcription service is that it allows musicians to continue honing their craft even during a pandemic. “It’s such a privilege not having to rely on performing right now. We’re so lucky as an online company, we can go on regardless of what’s happening out there. We can go on forever,” he tells me. I ask him whether he thinks other musicians will follow his example, broadening their expertise and taking on other non-performance based jobs.

“It’s funny because you get to know a lot of amazing performers, a lot of jazz pianists, bassists, drummers, that are really, really good at performing, but who aren’t that good at transcribing. That surprises me because to get really good at jazz, you have to transcribe a lot of solos. A lot of people are going to have to learn new skills, such as transcribing, arranging, orchestrating, etc.”

This is a double-edged sword, he admits. On one hand, this generates more competition within the freelance industry. And yet, Oriol welcomes all musicians, telling me “we can handle the demand as long as we can keep growing.” He’s reluctant to label them his “competitors”.

Tales from the Trade

We discuss his particularly memorable client stories and Oriol has a lot to tell. For example, he has found himself doing the homework of many music students over the years. “We can’t say anything,” he says, “we just do the homework and send it their way and off they go – getting drunk until 3am!”

➤ Considering applying to a music college? Check out our article on how to ace the audition for all our top tips.

He likewise recalls countless times he was asked to transcribe lines from songs for customers who wanted elaborate, musically-themed tattoos. “Everyone thinks they’re being original,” he says, with a hint of scepticism in his voice, “when in actuality, we’re all the same.”

Love and Other Ventures

Before the pandemic, when not working on My Sheet Music Transcriptions, Oriol would regularly perform at local venues. He’s primarily a jazz pianist, though, in his own words, he’s “not anything spectacular, just your regular jazz pianist.” Though I do question whether there’s such thing as a “regular jazz pianist.” He is also CEO of another company – El Piano de tu Boda (The Piano of Your Wedding), which specialises in playing live music at weddings and other events. A lot of these videos have since been uploaded to the My Sheet Music Transcriptions YouTube channel. For example, Oriol’s spectacular cover of Aerosmith’s I Don’t Wanna Miss a Thing.

There are some really soulful songs on the channel, though Oriol seems somewhat sceptical with regards to the typical wedding setlist. Having played at about 50 or 60 weddings now, he admits that “it sort of becomes a routine, it loses a bit of the magic.” He knows exactly which pieces will be played and in which order. A lot of John Legend’s All of Me, for example. Though perhaps, he reasons, he’ll be able to avoid these at his own wedding. “Or maybe I’m going to try and be original and just end up with the same clichés,” he jokes. Being CEO of two companies means that Oriol spends most of his time taking care of the business side of the ventures. Does he miss transcribing? “That’s a good question,” he says, “I enjoy transcribing and arranging, but I really like the business side as well. We’ve been growing a lot and it’s really exciting to be part of this journey.”

And his relationship with Jellynote?

We are very excited to begin our collaboration with Oriol and the team at My Sheet Music Transcriptions. “We’ll be uploading some transcriptions shortly to the platform,” Oriol tells me, “we’ve got thousands of transcriptions that are ready to go. We’ll also be taking care of some of Jellynote’s requests. We’re really excited to join forces with Jellynote and expand our businesses together.”

To find out more about My Sheet Music Transcriptions, you can visit their About Page. You can also visit their French site if you’re a French speaker!