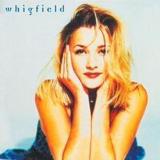 Whigfield
Sheet music for Think of You with pan flute, piano, drums and bass