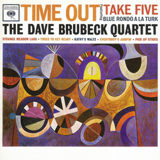 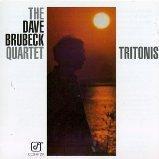 Brother, Can You Spare a Dime? 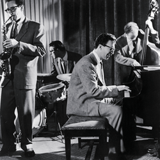 Gone With the Wind + Jazz Impressions of Eurasia
Swanee River
The Lonesome Road
Georgia on My Mind
Camptown Races [version 1]
Camptown Races [version 2]
Short'Nin Bread
Basin Street Blues
Ol' Man River
Gone With the Wind
Nomad
Brandenburg Gate
The Golden Horn
Thank You (Dziekuje)
Marble Arch
Calcutta Blues
At Storyville 1954
On The Alamo
Don't Worry 'Bout Me
Gone With The Wind
Back Bay Blues
Crazy Chris
Here Lies Love
When You're Smiling
Oh, Lady Be Good
You Go To My Head
Over The Rainbow
London Flat, London Sharp
London Flat, London Sharp
To Sit and Dream
The Time of Our Madness
Unisphere
Steps to Peace
Forty Days
Cassandra
Yes, We All Have Our Cross to Bear
Mr. Fats
Ballad of the Rhine
Countdown: Time in Outer Space
Countdown
Eleven Four
Why Phillis Waltz
Someday My Prince Will Come
Castilian Blues
Castilian Drums
Fast Life
Waltz Limp
Three's a Crowd
Danse Duet
Back to Earth
Fatha
The Crossing
The Crossing
Day After Day
Mariel
All My Love
¿Por qué no? (Why Not?)
Chasin' Yourself
Bessie
Randy Jones
Hold Fast to Dreams
Live in Concert
The Way You Look Tonight
Stardust
Perdido
For All We Know
All the Things You Are
These Foolish Things
Lullaby in Rhythm
I'll Never Smile Again
I Remember You
My Favorite Things
My Favorite Things
Over and Over Again
Why Can't I?
Little Girl Blue
This Can't Be Love
My Romance
Circus on Parade
The Most Beautiful Girl in the World
Brubeck & Rushing
There'll Be Some Changes Made
My Melancholy Baby
Blues in the Dark
I Never Knew (I Could Love Anyone Like I'm Loving You)
Ain't Misbehavin'
Evenin'
All by Myself
River, Stay 'Way From My Door
You Can Depend on Me
Am I Blue?
Shine on Harvest Moon
So What's New?
It's Déjà Vu All Over Again
Fourth of July
The Things You Never Remember
Marian McPartland
Brotherly Love
I'm Still in Love With a Girl Named Oli
Her Name Is Nancy
Chorale
Sahra
Waltzing
Five for Ten Small Fingers
Brubeck Desmond
Crazy Chris
A Foggy Day
Lyon's Busy
Somebody Loves Me
At a Perfume Counter
Mam'selle
Me and My Shadow
Frenesi
This Can't Be Love
Look for the Silver Lining
My Romance
I May Be Wrong
Just One of Those Things
Lulu's Back in Town
Street in Singapore
All the Things You Are
Alice in Wonderland
Stardust
Tritonis
Sheet music for Brother, Can You Spare a Dime? with piano

Like Someone in Love
Theme for June
Lord Lord
Mr. Fats
Tritonis
Take Five
I'm in a Dancing Mood
Two Part Contention
The Duke
Take the ''A'' Train (#1)
Gone with the Wind
Lonesome Road
Take the ''A'' Train (#2)
Eleven Four
Take Five
Blue Rondo a la Turk
Paper Moon
Music, Maestro, Please!
I Hear a Rhapsody
Symphony
I Thought About You
It's Only a Paper Moon
Long Ago and Far Away
St. Louis Blues
Stardust
Mam'selle
Stardust
Frenesi
Me and My Shadow
At a Perfume Counter
Crazy Chris
A Foggy Day
Somebody Loves Me
Lyon's Busy
Look for the Silver Lining
Stardust
At a Perfume Counter
Alice in Wonderland
All the Things You Are
Lulu's Back in Town
My Romance
Just One of Those Things
Reflections
Reflections of You
A Misty Morning
I'd Walk A Country Mile
My One Bad Habit
Blues for Newport
We Will All Remember Paul
Michael, My Second Son
Blue Lake Tahoe
Music From West Side Story
Maria
I Feel Pretty
Somewhere
A Quiet Girl
Tonight
What Is This Thing Called Love
The Most Beautiful Girl in the World
Night and Day
My Romance
For Iola
Polly
I Hear a Rhapsody
Thank You
Big Bad Basie
For Iola
Summer Song
Pange Lingua March
Live In Concert
Introduction
Move to the Groove
Lover Man
Blue Rondo
Ol' Bill Basie
The Thrill Is Gone
Guess Who?
Paying the Cost to Be Boss
Anything Goes
Anything Goes
Love for Sale
Night and Day
What Is This Thing Called Love?
I Get a Kick Out of You
Just One of Those Things
You're the Top
All Through the Night
Jazz Impressions of Japan
Tokyo Traffic
Rising Sun
Toki's Theme
Fujiyama
Zen Is When
The City Is Crying
Osaka Blues
Koto Song
Time Changes
Iberia
Unisphere
Shim Wha
World's Fair
Cable Car
Theme From Elementals
Elementals
Jazz Impressions of New York
Theme From "Mr. Broadway"
Broadway Bossa Nova
Autumn in Washington Square
Something to Sing About
Sixth Sense
Spring in Central Park
Lonely Mr. Broadway
Summer on the Sound
Winter Ballad
Broadway Romance
Upstage Rumba
Brandenburg Gate: Revisited
Brandenburg Gate
Summer Song
In Your Own Sweet Way
G Flat Theme
Kathy's Waltz
Bossa Nova U.S.A.
Sheet music for Bossa Nova U.S.A. with piano and bass

Vento fresco (Cool Wind)
The Trolley Song
Theme for June
Coracao sensivel (Tender Heart)
Irmao amigo (Brother Friend)
There'll Be No Tomorrow
Cantiga nova swing
Lamento
This Can't Be Love
Angel Eyes
Let's Get Away From It All
Violets for Your Furs
Angel Eyes
Will You Still Be Mine?
Everything Happens to Me
Little Man With a Candy Cigar
The Night We Called It a Day
Time Further Out
It's a Raggy Waltz
Sheet music for Bluette with piano, xylophone, bass and acoustic guitar


Sheet music for Unsquare Dance with bass and drums


Chords and lyrics for Take Five

Three to Get Ready
Kathy's Waltz
Everybody's Jumpin'
Sheet music for Pick Up Sticks with violin, piano, trumpet and bass

Gone With the Wind
Swanee River
The Lonesome Road
Georgia on My Mind
Camptown Races (take 1)
Camptown Races (take 2)
Short'nin' Bread
Basin Street Blues
Ol' Man River
Gone With the Wind
Jazz Goes to Junior College
Bru's Blues
These Foolish Things
I'm Afraid the Masquerade Is Over
One Moment Worth Years
St. Louis Blues
Jazz Impressions of Eurasia
Nomad
Brandenburg Gate
The Golden Horn
Thank You (Dziekuje)
Marble Arch
Calcutta Blues
Dave Digs Disney
Alice in Wonderland
Give a Little Whistle
Heigh-Ho
When You Wish Upon a Star
Someday My Prince Will Come
One Song
Jazz Impressions of the U.S.A.
Ode to a Cowboy
Summer Song
Yonder for Two
History of a Boy Scout
Plain Song
Curtain Time
Sounds of the Loop
Home at Last
Brubeck Time
Audrey
Jeepers Creepers
Pennies From Heaven
Why Do I Love You?
Stompin' for Mili
Keepin' Out of Mischief Now
A Fine Romance
Brother, Can You Spare a Dime?
Jazz: Red Hot and Cool
Lover
Little Girl Blue
Fare Thee Well, Annabelle
Sometimes I'm Happy
The Duke
Indiana
Love Walked In
Others
A Foggy Day
At A Perfume Counter
Lyons Busy
Lulu's Back In Town
Just One Of Those Things
Somebody Loves Me
Over The Rainbow
On A Little Street In Singapore
You Go To My Head
All The Things You Are
I May Be Wrong
Mam'selle
Give a Little Whistle / Oh, Lady Be Good
Alice In Wonderland
This Can't Be Love
Me And My Shadow
Frenesi
Crazy Chris
Heigh-Ho
Sheet music for Take 5 with alto, piano, drums, bass and acoustic guitar