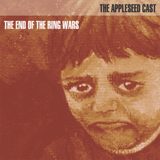 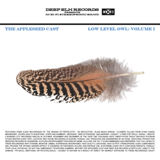 The End of the Ring Wars
Sheet music for Marigold and Patchwork with electric guitar, drums and acoustic guitar