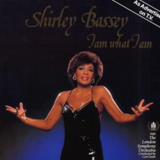 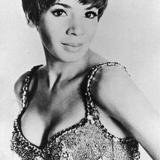 This Is My Life 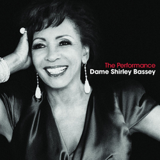 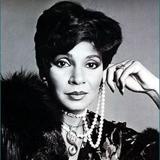 
Chords and lyrics for Almost There

I (Who Have Nothing)
Natalie
And I Love You So
Never, Never, Never
For All We Know
Sheet music for This Is My Life with brass section, bass, timpani, drums, french horn, violin, piano and ensemble

If You Don't Understand
All by Myself
All by Myself
This Masquerade
If and When
He’s Out of My Life
New York State of Mind
Can You Read My Mind
Only When I Laugh
Solitaire
New York Medley
We Don’t Cry Out Loud
Feelings
Feelings
Light My Fire
Big Spender
Born to Lose
That’s Life
Something
Life Goes on and On
Killing Me Softly With His Song
Spinning Wheel
Make the World a Little Younger
The Impossible Dream
If You Go Away (Ne Me Quitte Pas)
(You Are) My Way of Life
Yesterday When I Was Young
Good, Bad but Beautiful
Emotion
Send in the Clowns
Good, Bad but Beautiful
Sing
Way We Were, The
I'll Be Your Audience
Feel Like Makin' Love
All in Love Is Fair
Run on and on and On
Other Side of Me, The
Jesse
Living
Nobody Does It Like Me
Leave a Little Room
When You Smile
All That Love Went to Waste
Davy
I'm Not Anyone
Morning in Your Eyes
The Trouble With Hello Is Goodbye
Nobody Does It Like Me
I'm Nothing Without You
You Are the Sunshine of My Life
Never, Never, Never
Never, Never, Never
Baby, I'm-A Want You
Someone Who Cares
The Old Fashioned Way
I Won't Last a Day Without You
Somehow
There's No Such Thing as Love
Killing Me Softly With His Song
Going, Going Gone
No Regrets
Together
Make the World a Little Younger
I Capricorn
I Capricorn
The Look of Love
The Way a Woman Loves
Love
Where Am I Going
I've Never Been a Woman Before
For All We Know
The Greatest Performance of My Life
Where Is Love
Losing My Mind
One Less Bell to Answer
Lost and Lonely
Something Else
(Where Do I Begin) Love Story
'til Love Touches Your Life
Easy Thing to Do
Until It's Time for You to Go
It's Impossible
What's Done Is Done
Pieces of Dreams
Breakfast in Bed
Excuse Me
Bridge Over Troubled Water
I'm Not There
I'd Like to Hate Myself in the Morning (And Raise a Little Hell)
Something
Something
Spinning Wheel
Yesterday I Heard the Rain
The Sea and Sand
My Way
What About Today?
You and I
Light My Fire
Easy to Be Hard
Life Goes On
What Are You Doing the Rest of Your Life?
Chords and lyrics for Yesterday When I Was Young

Chords and lyrics for Diamonds are Forever

Chords and lyrics for Moonraker