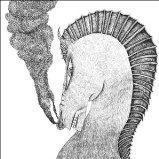 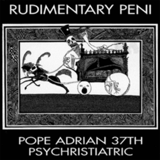 The Underclass
Sheet music for No Other Truth with electric guitar, effects, drums and bass