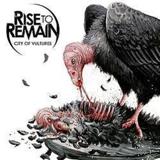 We Will Last Forever

Sheet music for Bridges Will Burn with electric guitar, bass, drums and clarinet