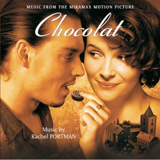 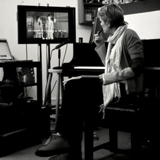 The Closer You Get
Sheet music for I'm Gonna Be (500 Miles) with drums, electric guitar, baritone, bass and organ