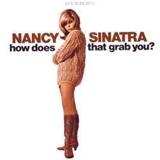 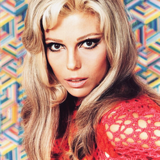 Bang Bang (My Baby Shot Me Down)

Bang Bang (My Baby Shot Me Down)

These Boots Are Made For Walkin

Country, My Way
It's Such a Pretty World Today
Get While the Gettin's Good
Walk Through This World With Me
Jackson
When It's Over
Lay Some Happiness on Me
Lonely Again
By the Way (I Still Love You)
Oh Lonesome Me
Help Stamp Out Loneliness
End of the World
How Does It Feel
Sugar Me
Sweet Talkin' Candy Man
Like a Rolling Stone
Drummer Man
Unconditional Love
Flowers in the Rain
You're Gonna Make Love to Me
Fancy Dan
One Jump Ahead of the Storm
Walk on the Wild Side
Get Ready
Happy
California Girl
How Are Things in California?
San Fernando Valley
99 Miles from LA
California Girls
Hello L.A., Bye-Bye Birmingham
California Dreamin'
Route 66
San Francisco
Do You Know the Way to San Jose?
Hooray for Hollywood
Saturday in the Park
California Man
Hotel California
Cuando Calienta el Sol
There's No Place Like Home
How Does That Grab You?
Not the Lovin' Kind
The Shadow of Your Smile
Sorry 'Bout That
Time
Sand
Crying Time
Baby Cried All Night Long
Let It Be Me
Call Me
How Does That Grab You, Darlin'?
Sheet music for Bang, Bang with acoustic guitar

Sugar
Sweet Georgia Brown
Vagabond Shoes
Oh! You Beautiful Doll
Hard Hearted Hannah (The Vamp of Savannah)
All by Myself
Coastin'
Mama Goes Where Papa Goes (Or Papa Don't Go Out Tonight)
Let's Fall in Love (Let's Do It)
What'll I Do
Limehouse Blues
Sugar Town
Button Up Your Overcoat
My Buddy
Nancy in London
On Broadway
The End
Step Aside
I Can't Grow Peaches on a Cherry Tree
Summer Wine
Wishin' and Hopin'
This Little Bird
Shades
The More I See You
Hutchinson Jail
Friday's Child
Nancy & Lee 3
Goin' Down Rockin'
Barricades & Brickwalls
After the Lovin'
Gypsies & Indians
The Hungry Years
Don't Let Go
Strangers, Lovers, Friends
Save the Last Dance for Me
Texas Blue Moon
Loving You Loving Me
Is Making a Little Love Out of the Question?
She Won't (feat. Duane Eddy)
Pack Saddle Saloon
The Hungry Years (Nancy solo mix)
Nancy & Lee Again
Arkansas Coal (Suite)
Big Red Balloon
Friendship Train
Paris Summer
Congratulations
Down From Dover
Did You Ever
Tippy Toes
Back on the Road
Got It Together Again
Cherry Smiles: The Rare Singles
Machine Gun Kelly
Dolly and Hawkeye
Indian Summer (l'été Indien)
Ain't No Sunshine
Let's Keep It That Way
There Ain't No Way
One Jump Ahead of the Storm
I'm Not a Girl Anymore
She Played Piano and He Beat the Drums
Southern Lady
A Gentle Man Like You
Annabell of Mobile
Is Anybody Goin' to San Antone
Glory Road
Nancy & Lee
You've Lost That Lovin' Feelin
Elusive Dreams
Greenwich Village Folk Song Salesman
Summer Wine
Storybook Children
Sundown, Sundown
Jackson
Some Velvet Morning
Sand
Lady Bird
I've Been Down So Long (It Looks Like Up to Me)
Nancy Sinatra
Burnin' Down the Spark
Ain't No Easy Way
Don't Let Him Waste Your Time
Don't Mean Nothing
Momma's Boy
Let Me Kiss You
Baby Please Don't Go
About a Fire
Bossman
Baby's Coming Back to Me
Two Shots of Happy, One Shot of Sad
Boots
These Boots Are Made for Walkin'
As Tears Go By
Day Tripper
I Move Around
It Ain't Me Babe
In My Room
Lies
So Long, Babe
Flowers on the Wall
If He'd Love Me
Run for Your Life
Shifting Gears
As Time Goes By
When I Look in Your Eyes
Holly Holy
I'll Build a Stairway to Paradise
Cockeyed Optimist (guitar version)
I Can See Clearly Now
Killing Me Softly With His Song
Play Me
Something
MacArthur Park
The Hungry Years
Cockeyed Optimist (orchestra version)
Why Did I Choose You?
I Don't Know How to Love Him
We Need a Little Christmas