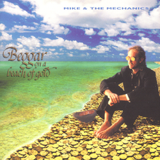 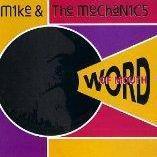 All I Need Is a Miracle 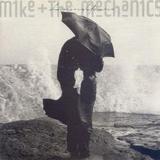 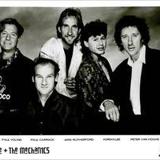 Another Cup Of Coffee

The Road
The Road
Reach Out (Touch the Sun)
Try to Save Me
Background Noise
I Don't Do Love
Heaven Doesn't Care
It Only Hurts for a While
Walking on Water
Hunt You Down
Oh No
You Can Be the Rock
Rewired
One Left Standing
If I Were You
Perfect Child
Rewired
I Don't Want It All
How Can I?
Falling
Somewhere Along The Line
Underscore
M6
Whenever I Stop
Chords and lyrics for Now That You've Gone


Chords and lyrics for Another Cup of Coffee


Sheet music for Over My Shoulder with drums and acoustic guitar


Chords and lyrics for Over My Shoulder

Someone Always Hates Someone
The Ghost of Sex and You
Web of Lies
Plain & Simple
Something to Believe In
A House of Many Rooms
I Believe (When I Fall in Love It Will Be Forever)
Going, Going... Home
Word of Mouth
Get Up
Sheet music for Word of Mouth with electric guitar, ensemble, drums and bass

A Time and Place
Yesterday, Today, Tomorrow
The Way You Look at Me
Everybody Gets a Second Chance
Stop Baby
My Crime of Passion
Let's Pretend It Didn't Happen
Before (the Next Heartache Falls)
Living Years
Nobody's Perfect
Chords and lyrics for The Living Years

Seeing Is Believing
Nobody Knows
Poor Boy Down
Blame
Don't
Black & Blue
Beautiful Day
Why Me?
Mike + The Mechanics
Sheet music for Silent Running with piano

Chords and lyrics for All I Need Is a Miracle

Par Avion
Hanging by a Thread
I Get the Feeling
Take the Reins
You Are the One
A Call to Arms
Taken In
Others
Everyday Hurts (live and unplugged)
Sheet music for Another Cup Of Coffee with bass, organ, electric guitar, acoustic guitar, effects, piano and ensemble