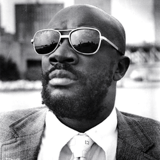 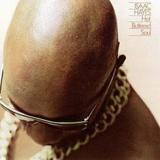 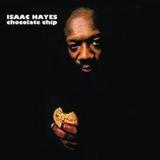 Presenting Isaac Hayes
Precious, Precious
When I Fall in Love
Medley: I Just Want to Make Love to You / Rock Me Baby
Medley: Going to Chicago Blues / Misty
You Don't Know Like I Know
Precious, Precious (long version)
Branded
Ike's Plea
Life's Mood
Fragile
Life's Mood II
Summer in the City
Let Me Love You
I'll Do Anything (To Turn You On)
Thanks to the Fool
Branded
Soulsville
Hyperbolicsyllabicsesquedalymistic
Raw & Refined
Birth of Shaft
Urban Nights
Funkalicious
Tahoe Spring
The Night Before
Memphis Trax
Soul Fiddle
Funky Junky
You Make Me Live
Making Love at the Ocean
Southern Breeze
Didn't Know Love Was So Good
The 405
Double Feature (Tough Guys - Truck Turner)
Title Theme
Randolph and Dearborn
The Red Rooster
Joe Bell
Hung Up on My Baby
Kidnapped
Run Fay Run
Buns O' Plenty
The End Message
Main Title 'Truck Turner'
House of Beauty
Blue's Crib
Driving In The Sun
Love Attack
Love Attack
Let Me Be Your Everything
Showdown
Eye of the Storm
Accused Rap
I Stand Accused '88
She's Got a Way
Foreplay Rap
Love Won't Let Me Wait
U-Turn
If You Want My Lovin', Do Me Right
Flash Backs
You Turn Me On
Ike's Rap VIII
Hey Girl
Doesn't Rain in London
Can't Take My Eyes Off You
Thing for You
Thank Gof for Love
Instrumentals
Hung Up on My Baby
Ike's Mood, Part 1
No Name Bar
Let's Stay Together
Cafe Regio's
Blue's Crib
Now We're One
Dorinda's Party
Type Thang
Pursuit of the Pimpmobile
Diving in the Sun
Ellie's Love Theme
The First Time Ever I Saw Your Face
Lifetime Thing
I'm Gonna Make You Love Me
Three Times A Lady
Fugitive
Lifetime Thing
Summer
I'm So Proud
And Once Again
It's All In The Game
Ike's Rap VII
This Time I'll Be Sweeter
I Ain't Never
Wherever You Are
Love Has Been Good To Us
Royal Rappin's
Sweet Music, Soft Lights, and You
Feels Like the First Time
You Never Cross My Mind
Love Changes
I Changed My Mind
Do You Wanna Make Love
If I Had My Way
If You Had Your Way
You Needed Me
Don't Let Go
Don't Let Go
What Does It Take
A Few More Kisses to Go
Fever
Someone Who Will Take the Place of You
For the Sake of Love
Just the Way You Are
Believe in Me
If We Ever Needed Peace
Shaft II
Zeke the Freak
Don't Let Me Be Lonely Tonight
Hotbed
Use Me
I'm Gonna Have to Tell Her
The Ten Commandments of Love
Feel Like Makin' Love
Hobosac and Me
New Horizon
Stranger in Paradise
Moonlight Lovin' (Mènage a Trois)
Don't Take Your Love Away
Out of the Ghetto
It's Heaven to Me
A Man and a Woman
Unity
Then Came You
I Just Don't Know What To Do With Myself
Feelings / My Eyes Adored You
My Love
Body Language
Medley
Can't Hide Love
By The Time I Get To Phoenix / I Say A Little Prayer
Come Live With Me
Once You Hit The Road
Chocolate Chip
Disco Connection
The First Day of Forever
St. Thomas Square
VYKKII
Disco Connection
Disco Shuffle
Choppers
After Five
Aruba
Juicy Fruit (Disco Freak)
Juicy Fruit (Disco Freak)
Let's Don't Ever Blow Our Thing
The Storm Is Over
Music To Make Love By
Thank You Love
Lady Of The Night
Love Me Or Lose Me
Groove-A-Thon
Groove-A-Thon
Your Loving Is Much Too Strong
Rock Me Easy Baby
We've Got A Whole Lot Of Love
Wish You Were Here (You Ought To Be Here)
Make A Little Love To Me
Chocolate Chip
That Loving Feeling
Body Language
Chocolate Chip
Sheet music for Chocolate Chip (instrumental) with piano, baritone, bass, drums and ensemble

I Want to Make Love to You So Bad
Come Live With Me
I Can't Turn Around
Use Me
Use Me
I'm Gonna Have To Tell Her
The Ten Commandments Of Love
Good Love 6-9969
Feel Like Making Love
Truck Turner
Main Title "Truck Turner"
Pursuit Of The Pimpmobile
House of Beauty
We Need Each Other, Girl
Blue's Crib
A House Full of Girls
Driving in the Sun
Hospital Shootout
Breakthrough
You're in My Arms Again
Now We're Gone
Give It to Me
The Duke
Drinking
Dorinda's Party
The Insurance Company
End Theme
Three Tough Guys
Title Theme
Randolph & Dearborn
The Red Rooster
Joe Bell
Hung Up on My Baby
Kidnapped
Run Fay Run
Bun's O'Plenty
The End Theme
Joy
Joy
I Love You That's All
A Man Will Be a Man
The Feeling Keeps on Coming
I'm Gonna Make It (Without You)
Shaft
Sheet music for Theme From Shaft with brass section, bass, acoustic guitar, electric guitar, flute, drums, trombone and piano

Bumpy's Lament
Walk From Regio's
Ellie's Love Theme
Shaft's Cab Ride
Cafe Regio's
Early Sunday Morning
Be Yourself
A Friend's Place
Soulsville (vocal)
No Name Bar
Bumpy's Blues
Shaft Strikes Again
Do Your Thing (vocal)
The End Theme
Black Moses
Never Can Say Goodbye
Medley: Ike's Rap III / Your Love Is So Doggone Good
(They Long to Be) Close to You
For The Good Times
Nothing Takes the Place of You
I'll Never Fall In Love Again
Man's Temptation
Part Time Love
Never Gonna Give You Up
Medley: Ike's Rap IV / A Brand New Me
Medley: Ike's Rap II / Help Me Love
Going In Circles
Need to Belong to Someone
Good Love 6-9969
To Be Continued
Monologue: Ike's Rap I
Our Day Will Come
The Look of Love
Monologue / You've Lost That Lovin' Feelin
Runnin' Out of Fools
The Isaac Hayes Movement
I Stand Accused
One Big Unhappy Family
I Just Don't Know What to Do With Myself
Something
Hot Buttered Soul
Sheet music for Walk on By with bass, organ, electric guitar, flute, ensemble, effects, drums, trombone and acoustic guitar

Hyperbolicsyllablicsesquedalymistic
One Woman
By the Time I Get to Phoenix
Others
Don't Let Go
I Can't Go to Sleep
Somebody Have Mercy
Break the Chain
Sheet music for Theme From Shaft with electric guitar, flute, trumpet, bass and drums

Sheet music for Waiting Cartmans Mom Is A Dirty Slut with electric guitar, bass and drums