His mother played songs by Frank Sinatra to him as a child, and he later became a fan of Motown and other R&B/soul music. He took piano lessons as a child, but he did not like them. He would skip the lessons and ride his bicycle across the bridge from his grandfather's farm over to the heart of the black "Chicken Hill" ghetto, where he could just listen and absorb the music. In the 1960s, Hall attended Temple University, but did not graduate, preferring 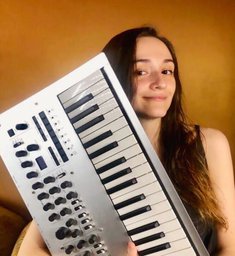